Backpacks of the World: Origin of “Randoseru”

In my March 20 column in the Japan Times, I explain that the origin of the Japanese word “randoseru” ランドセル is a Dutch word: “ransel,” a military backpack used in the 19th century. As I demonstrated, the Dutch word had entered the Japanese language no later than 1885. I thought it would be interesting to dig up some images of military backpacks from around the time. It’s remarkable how much they look like the randoseru that Japanese schoolchildren still use today!

That hungry fellow above was in the French infantry in 1914.  His backpack looks a great deal like the randoseru my kids used when they attended Japanese elementary school here in Tokyo. Now below, here’s a painting depicting the uniform of a Russian regiment around 1850. Very snappy backpacks, although wider than a Japanese randoseru. 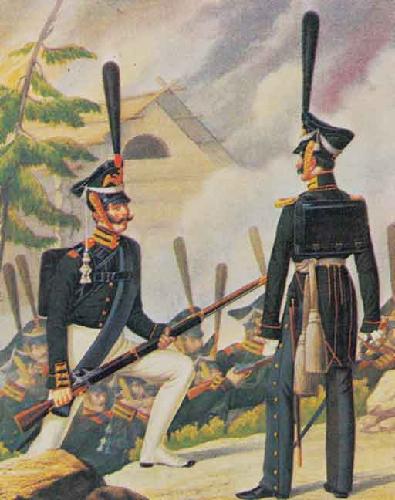 And straying a bit into a somewhat different style, a picture of Swedish soldiers around 1910: 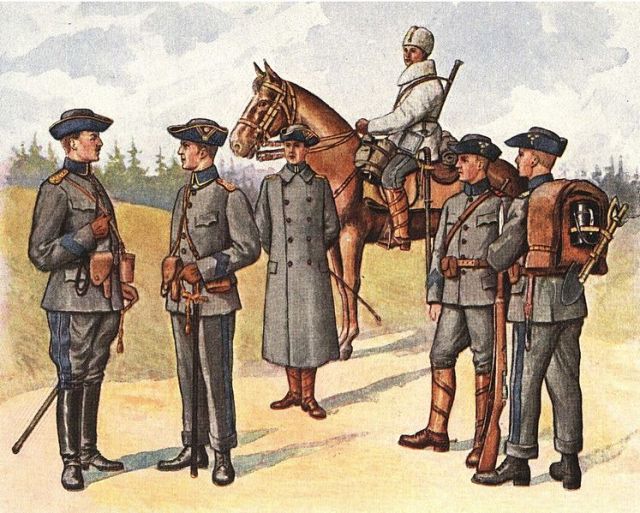 Here’s another military backpack of the era, worn by a Dutch infantryman:

By the way, the word in Japanese for a military backpack is not randoseru; it’s hainō 背囊 （はいのう).

This entry was posted in Uncategorized and tagged alice gordenker, Japan, landoseru, military backpacks, randoseru, ransel, what the heck is that?. Bookmark the permalink.

5 Responses to Backpacks of the World: Origin of “Randoseru”