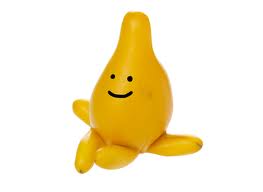 In my November 15 column in The Japan Times, I wrote about a crazy plant called “nipple fruit” (AKA “titty fruit,” “zombie apple,” “cow’s udder” and — only in Japan– “fox face.” The Latin name is Solanum mammosum. It’s sold in flower shops throughout Japan from September through November as long branches (of a meter or longer) stripped of leaves and thorns so just the fruit are still attached.

I couldn’t imagine how these udderly weird fruits would work in floral arrangements, so I went looking for examples. As luck would have it, there’s an exhibition on through December 25 in Takahashi, Okayama Prefecture. I called and got some photos:

This arrangement would make one heck of a bridal bouquet: 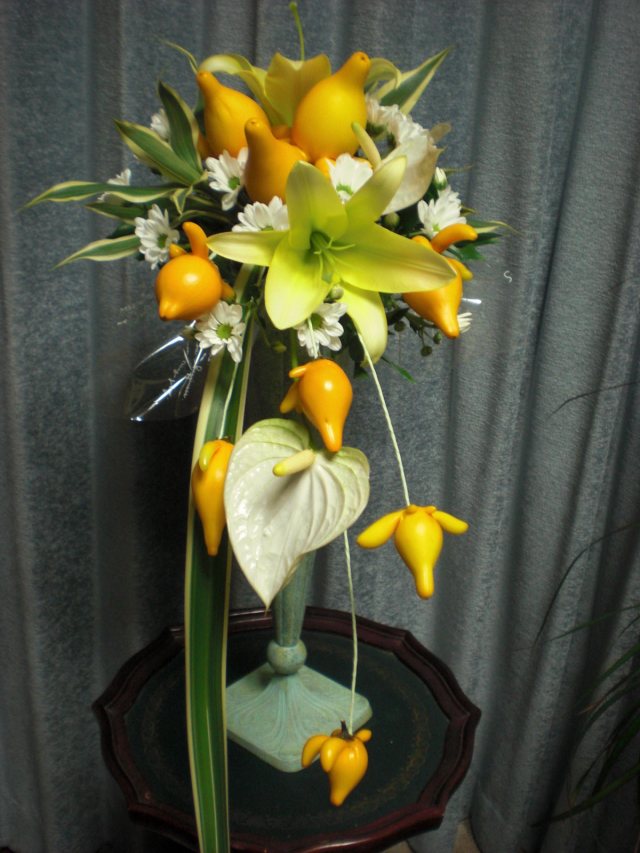 Bambi in the woods!

Nipple fruit as the seasonal decoration in a covered shopping street. Much better than the usual plastic flowers.

Nipple fruit in a wreath:

And just in time for Christmas…. 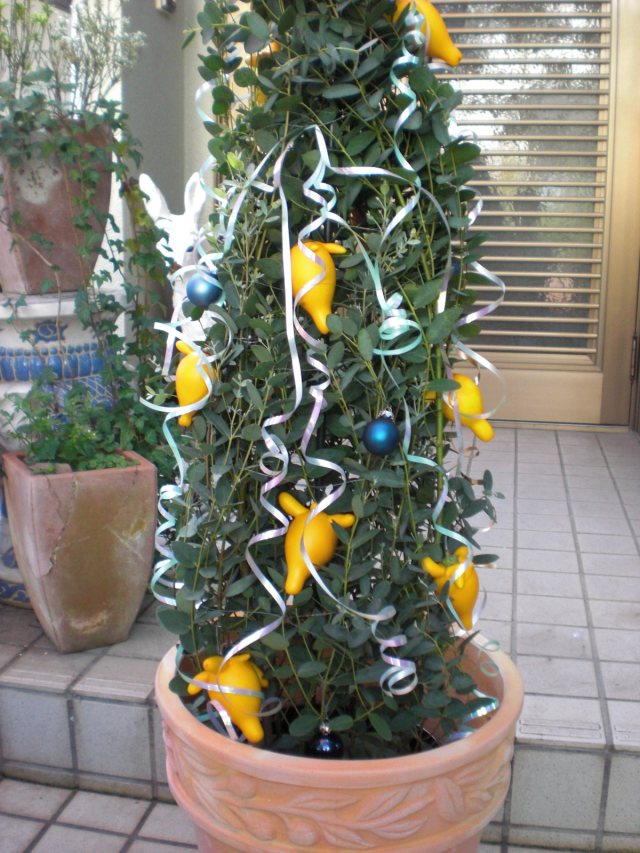 Finally, in the “Only in Japan” department, here’s Tsunonasu-kun! (“Mr. Nipple Fruit”)

Many thanks to the JA Bihoku agriculture cooperative for the photos above. I’ve got a few more examples found elsewhere: the arrangement on the left graced the reception desk at a dentist’s office.  On the right, nipple fruit paired with roses: 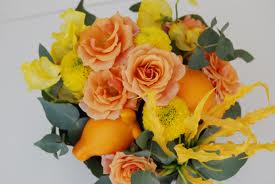 I close with this unusual horizontal arrangement (with persimmons) displayed at the Floral Museum in Chiba Prefecture:

This entry was posted in Life in Japan, What the Heck is That? and tagged alice gordenker, autum floral arrangements, floral market Japan, fox face, Japan, nipple fruit, Ota Floral Market, Ota Kaki, Solanum mammosum, tsunonasu, what the heck is that?. Bookmark the permalink.